Are you searching for the best Funnel Scripts Alternatives? If you are then you are at the right spot.

The reasons that I can think of you are not using Funnel Scripts is because it is expensive, the capability to produce great copies that you desire, or simply you do not aware that it has a Free Webclass to help you get the most out of the software.

I will reveal the best alternatives for Funnel Scripts that capable to produce much better copy that can help you sell more that are less expensive and easy to use.

Be sure to finish reading this post before you decide the best copywriting software for your business.

Now, let’s jump right into some of the funnel scripts alternatives and review how it can help you achieve great sales copy.

Automatic Scripts is by far the best Funnel Scripts alternatives. It is regarded as a professional copywriting software that can help automates the process of creating sales messages.

Automatic Script can be used in any niche or business. It has scripts that can write sales copy for digital products, physical products, or for a service you are selling.

With Automatic Script, you'll get TONS of copywriting scripts I developed using everything I learned from those legendary copywriters … without time, risk, or expense! Plus, you’ll never have to worry about staring at a blank page (wondering what to write) again.

You can quickly create any type of sales message such as:

Comparing the Automatic Scripts and Funnel Script pricing, Funnel Script will be a lot cheaper in the long term looking at it is a one-off payment and you get unlimited scripts and usage.

Automatic Scripts has two different pricing plans for you to choose from. The Standard plan costs $39 a month and the Enterprise plan costs $69 a month. You can save up to 49% is you go for the yearly plan.

The difference between Standard and Enterprise plans is that you limited by the number of sales messages you can create. To help you decide the best plans you need to visit the full pricing page here.

Unless you are not using it extensively the Standard plan will be right the choice to go for.

Script Engage is an ultimate solution for a complete sales copy automation.

It is an all in one software that can produce effective and high converting sales copies, such as ads, marketing, and promotional materials that help you to convert your potential customers into buyers.

What You Can Achieve With Script Engage:

What You Get Inside

The list is not exhaustive but it has more to offer.

Scripts Engage has outstanding features like the Complete Email Sequences. It allows you to leverage their high converting emails created by the experts in email marketing.

You get the best email templates that cater to cold prospecting, webinar sequences, welcome emails, eCommerce sales, and more.

Script Engage has two pricing plans which are the monthly and yearly plans. The monthly plan costs $39 a month and the yearly plan is going cost $297 a year. It

For a beginner that is on a limited budget, I would recommend getting the Script Engage monthly plan at $39 a month.

On the type of Scripts, Script Engage offers limited scripts type compared to and Funnel Scripts which I am going into it soon. Funnel Scripts offers a variety of scripts that cater to every aspect when comes to creating sales copies.

In addition, you get the monthly coaching from Jim Edwards (creator of Funnel Scripts) through its official Facebook group. You can benefit from coaching by getting the latest update about the software and tips on copywriting. This itself is priceless.

Instant Scripts is a relatively new copywritng software in the market. You can read the detailed comparison between Instant Scripts Vs Funnel Scripts that I have done.

According to Instant Scripts:

Great sales copy is the difference between emails that get unopened and ones that flood your business with new leads.

The software is created by Dan Lok, known as the master high ticket closer.

Yes, due to the art of mastering copywriting skills have helped Dan generate thousands of sales with words. You are likely convinced of how powerful the Instant Script is.

Instant Scripts has a precise copy formula that combines Dan’s successful sales copy and from other influencers to help you create any kind of sales copy a business owner would ever need.

Builderall is a popular sales funnels builder that comes all the marketing tools needed to grow your business online. The Script Generator is a tool that comes in the Buiderall software that you use to copy for your ads, headlines, emails, and more.

To help you generate copy, you are required to create a new avatar to tell the system about your target audience, the niche you are in, the problems or the pain point faced by your customers.

What Do You Get Inside

It also comes with scripts that can use for various niches such as health and fitness, coaching, consultant, and author.

ScriptDoll is a script that is primarily focused on creating high converting emails, sales letters, and video sales letters (VSLs).

ScriptDoll is easy and simple to use. By simply answering a few questions about your product and services it can instantly create the video sales letter.

If you are a serious email marketer like me, writing a long email sequence can be difficult. ScriptDoll is able to write emails for any size of the email marketing campaign.

Here is the list of things you can do with this amazing copywriting engine:

Definitely go for the yearly plan for greater discounts and savings. And before you commit a large sum of money, ScriptDoll has a 7-day trial that costs $1. Take the trial and test the software.

The last Funnel Scripts alternative we are going to review is Easy Sales Copy Wizard, another copywriting software by Jim.

What Can You Achieve

Sales Copy Wizard costs $497 for a one-off payment and it is 40 % cheaper than Funnel Scripts. In terms of scripts and templates, Funnel Script is capable to create more types of sales messages and has more features to offer in this aspect.

What Is Funnel Scripts

Funnel Script is a web-based copywriting software developed by the world-class online marketer Jim Edwards and Russell Brunson. It is a product of ClickFunnels.

Funnel Scripts can help you create high compelling sales content for webinars, sales pages, email marketing, and any marketing materials that can lead to sales or conversion.

Let’s take a quick look at some of the benefits of using Funnel Scripts.

And if for some reason you are unable to use the Funnel Scripts web-based application, the downloaded wizards allow you to access and use it in an offline environment.

The downloadable wizards are generally used for the heavy-duty task of creating large numbers of scripts and contents. The Scripts and templates are capable to produce the same results as the web-based application for any products or services.

The copy created by Funnel Scripts uses text and wording based on proven copywriting formulas and techniques. As you read the copy it compelling enough and is able to maintain a high level of readability and engagement that will trigger readers to take the desired action.

Funnel Scripts has a free headline script generator that you can use to create headlines.

Funnel Scripts has one pricing which is $797 as a one-time payment. When you invest in Funnel Scripts you will get bonuses worth $127,794!

Here is what you are going to get:

I hope you benefit from this post on the list of Funnel Scripts Alternatives and hopefully, it gives you the right alternatives to choose from.

Unless you consider hiring a copywriter that will cost much more than buying software to write the sales copies,  Based on the list provided I would say the next best alternatives I would recommend are Instant Scripts and Automatic Scripts.

If you are unable to decide, I would like to invite you to a FREE Web Class by Funnel Scripts that will help you understand exactly how copywriting software works.

Be sure to reserve your spot here!

Calvin Lim is a professional blogger and founder of this blog theCalvinLim.
He enjoys helping others learn about various internet marketing tools and dedicated to helping people achieve success online.

Funnel Scripts Vs Instant Scripts: (Is It The Best Copywriting Scripts?) 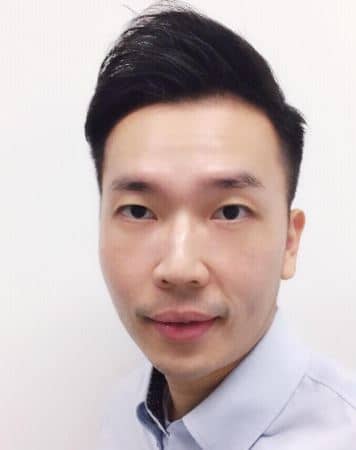 Calvin Lim is a professional blogger and founder of this blog theCalvinLim.
He enjoys helping others learn about various internet marketing tools and dedicated to helping people achieve success online.